16 states allow recall of elected officers and legislators. There's no comparable provision in the Federal Constitution for recalling Federal Senators and Representatives. But perhaps there is a way to relatively quickly remove grossly unsatisfactory Federal officials that doesn't require a constitutional amendment.

For Senators, the California Secretary of State shall direct the President of the United States Senate (that's the US VP) to initiate expulsion.

For President and Vice-President, the direction is to the Speaker of the House to initiate impeachment.

The California law would be that a 2/3 DISAPPROVE vote is required for the California Secretary of State to direct Congress. "Direct" is perhaps too strong; "urge" would be more realistic. But each House of Congress has the power to "with the Concurrence of two thirds, expel a Member." One would expect Congress to act after a 2/3 disapproval from the state's voters; that means that the disapprovee who presumably had won with at least 50% had lost at least a third of his supporters. It's 2/3 to avoid electing somebody with 51% one year and disapproving them with 49% the next year and perhaps returning them to office with 51% the following year. 2/3 majorities are pretty uncommon in general elections; this would be a rare event, hard for the disappovee to recover from politically, and hence more likely to be acted on by Congress.

There's no necessary implication of wrong-doing; simple incompetence is a good enough reason if it's egregious enough to 2/3 of the voters. But anybody losing by 2/3 had probably committed financial or moral corruption far beyond simple incompetence. The disappovee would not be disqualified for running for office again if he thought he could recover his lost support.

State law could even direct that upon 2/3 disapproval, the governor shall appoint an interim legislator and call a special election for a successor. Perhaps that would focus the Federal Senate or House on the requested expulsion.

The House would not initiate impeachment proceedings of the President or VP on the basis of one state's disapproval. But if enough states disapproved, it would be a cumulative vote of no confidence that might spur the House to act. Then the constitutional impeachment process would proceed through the House and Senate.

Having the approval/disapproval vote on every elected Federal official on every odd year, during an election which is already scheduled to decide state offices and issues, avoids the expense of a signature gathering process and a special election.

No amendment to the Federal Constitution is required; the necessary state rules could be authorized by statute of each state legislature.

Note that this is different from the current California recall process for elected state officials; there is a slate of one of more replacement candidates to be chosen from if the recall succeeds; the recall and replacement occur in the same election. That's because recall elections are initiated by voter petitions and so are pretty rare, but often succeed: just ask Grey Davis or Rose Bird. In contrast, the mechanism outlined above for Federal elected officials would happen automatically every two years but seldom result in a disapproval.

Another approach is a state-level motion of no confidence in President Trump. No confidence motions are a way of expressing dissatisfaction with officials that can't be recalled by the voters that elected them. You can read about that here.

The Constitution has no provision for recall of elected legislators. Instead either house may "with the Concurrence of two thirds, expel a Member."

So either or both Houses might adopt a resolution promising to expel any member properly recalled under the laws of that state. That wouldn't require a constitutional amendment, but would break down the first time the majority party refused to expel one of its properly recalled members. One could easily imagine that happening.

There are a couple of issues with recall worth considering. First, the reforms of initiative, referendum, and recall were originally populist ideas to restore the power of the people against interests entrenched in the legislature. But nowadays it's been exactly reversed; ballot measures are often used by various special interests to avoid dealing with the legislature. That's due to the power of money in politics.

Barring that, a more specific restriction would simply bar any kind of payment to persons soliciting signatures for ballot measures. Or at least, a requirement that such solicitors sign under oath whether they have received or will accept any compensation for their efforts, and on the final ballot the secretary of state shall state what percentage of qualifying signatures was obtained by paid circulators.

A final consideration is multi-member elections with ranked-choice voting - it's important to have both. FairVote advocates such elections to increase centrism and decrease extremism; it would make it possible to have e.g. one Republican senator from California and one Democratic senator from Texas, both of which are pretty unlikely unless both senators from a state are elected in the same multi-member election with ranked-choice voting; it would also make it potentially possible for third-party candidates to be elected in multi-member House districts. The problem with recall is that everybody in the same multi-member district would have to be recalled at once; otherwise selective recall would be used to undo minority representation.

How does recall differ from impeachment? That process is involved and complicated. The constitution restricts impeachment to "Treason, Bribery, or other high Crimes and Misdemeanors." It also says that the president (and other officers) shall not "without the Consent of the Congress, accept of any present, Emolument, Office, or Title, of any kind whatever, from any King, Prince, or foreign State," but doesn't directly say whether doing so is grounds for impeachment. Although it sounds like a criminal proceeding, impeachment is inherently political, carried out by the House of Representatives and then the Senate.

Even if a DISAPPROVE vote gets more than 50% but less than 2/3 of the votes, or if the House or Senate fails to act, a DISAPPROVE vote is still meaningful. Politicians and those that fund their campaigns are very tuned to opinion polls. Especially of registered voters. Nobody wants to waste time and money on a losing cause. How much more meaningful these polls are because they are actual ballots in state legislatures or state referenda! They will make a difference.

What should we do? Contact your state legislators and governor. Ask them to sponsor a state law mandating biennial approval or disapproval of elected Federal officials.

How should we contact our legislators? Legislators do want to hear from voters in their districts - and major donors - but don't have much time for anybody else. So write to your own legislators, from your address in their district. Legislators want to hear individual opinions, unless you are actually conveying the formal opinion of some politically significant organization. What they don't want is form letters or emails from bots or aimless rants. Although most would like to individually answer every letter they get, it's just not possible, so their staff must quickly determine

So letters should be short and to the point about just one issue, polite and in your own words; though the staff must read your letter quickly, take enough time to write effectively. You might not get a response, particularly if there are thousands of letters on a topic. But it's pretty likely that somebody is keeping score of what you and other constituents said.

What should we say? Here's a sample to a California Assemblymember; you can surely do better.

I urge you to sponsor or support a California election statute to expand the general election in November of odd-numbered years to include resolutions of approval or disapproval of elected Federal officials: Senators, Representatives, President, Vice-President. Text of such resolutions might look like:

That California election statute should provide that if such an elected Federal official receives less than 1/3 of the votes cast, then the California Secretary of State shall certify the result to the Speaker of the Federal House or President of the Federal Senate as appropriate and direct them to initiate expulsion of the disapproved member from that House. Upon expulsion, the vacancy shall be filled as provided by current California law.

The purpose is to provide a method for prompt removal of egregiously corrupt and incompetent Federal Senators and Representatives, in lieu of a Federal Constitutional provision for recall, and to provide a method for expressing no confidence in the President or Vice-President. Further details and rationale may be found at https://www.no-confidence-vote.net/

What if it doesn't work? In the 16 states with recall, if state legislators don't act, raise the issue in town hall meetings when the opportunity arises. And most states have a public initiative process by which citizens can circulate petitions to put resolutions on the statewide (or local) ballots. That's the next step. The 34 states that don't have a statewide recall process should get one! They probably don't have initiative or referendum either. Get to work on that! 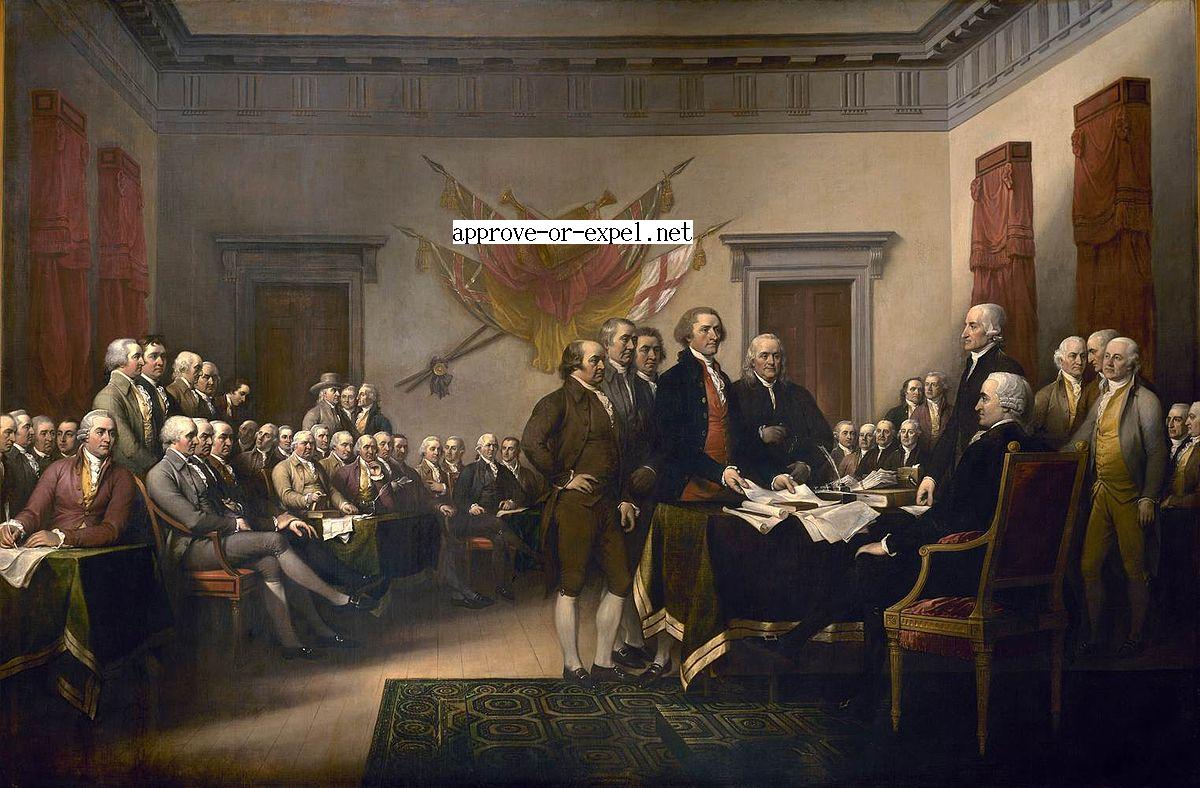